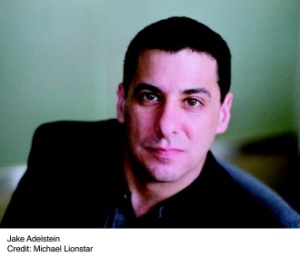 Once again, thanks to Pansing, I got a copy of Jake Adelstein’s Tokyo Vice. It was an eye-opening read for me. If you’re interested in knowing about the organized crime that are going on in Tokyo, you must go grab a copy. I’m honoured too, to be given the opportunity to ‘interview’ the author himself, via email. The interview briefly touches on his personal life, his persistence in seeking for justice and the lessons learnt from his experience.

Q: Just out of curiosity, who drew your Twitter portrait?
A: That was done by Mari Kurisato. She did several and I’m very happy with them all. This is my favorite.

Q: How much time do you spend writing everyday?
A: I spend about three to four hours writing every day. Sometimes more. I spend two hours a day reading about organized crime (yakuza) history and news and staying on top of current events in Japan.

Q: What do you do when you’re free?
A: I’m a workaholic so I don’t really have many hobbies. I take Aikido and would like to continue with Wing Chun. I spend time with the kids when I’m back in the United States, reading books with them, playing board games, drawing. I spend a lot of time socializing with cops and crooks and seedy journalists. I don’t know where my social 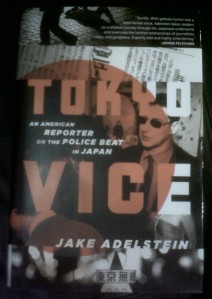 Q: From the time you started till today, what do you think has changed in regards to the way human trafficking cases are handled in Japan?
A: The Japanese government enforces the human trafficking laws, the police are proactive and have even reached out to Polaris Project Japan to ask us for information on good cases. We worked together with the police shutting down a network of paedophiles and child porn producers this years and it was a successful collaborative effort. Immigration is better about checking visas and making sure women who are doomed to be trafficked don’t get into the country in the first place.

Still, Japan is very bad about sheltering or giving refugee status to HT victims and domestic human trafficking is swept under the table. Many Japanese young girls, often runaways end up as sexual slaves in the industry, through coercion, blackmail, or debt. The number of domestic cases where the human trafficking laws should be applied and aren’t are numerous and the number of domestic cases where those laws were used is about two or three in the last four years.

The “intern” system as it is now is being manipulated by anti-social forces, is a human trafficking operation, in the labor trafficking sense, not the sex trafficking. That system needs a massive rehaul or a real watch-dog.

Q: Please tell us a little bit more about your blog, JSRC.
A: http://www.japansubculture.com Of Japan Subculture Research Center is a website focussing on the underbelly and hidden dangers of Japanese society. We’re trying to expand to cover popular Japanese culture a little more but we’re heavily focussed on illuminating the readers about the nature of organized crime in Japan and crime in general in the country and how it all work.

Q: Why do you still keep doing this? It can get so depressing.
A: Because at the end of the day, I feel that’s my civic duty. It’s also what I know best. If everyone runs away from the dark forces of the world, pretty soon the dark forces are running the world. I like Japan. I’m a permanent resident here. I want it to be a better place to live for everyone. “Better to light a single candle than curse the darkness a thousand times.”

Q: There were many survival tips given to you throughout your years as a crime reporter. Which ones do you find useful till today? How so?
A: Learn to know whom you can trust and who you can’t. Be paranoid but control it as well. When you can’t tell your friends from your enemies you’re lost. Keep your word but don’t expect people to keep theirs. Try and see how a course of action might end, and then plan backwards. Face the door when you sit down. Don’t walk down dark alleys on a rainy day.
You can’t make enemies out of everyone. Even in the yakuza, there are some people I would consider friends. There are some good guys in the group—they sort of stumbled their way in to that world and can’t get out.

Q: What’s the toughest lesson learnt?
A: There are some things that can’t be ever fixed. One bad decision, made in a split-second can cost someone his or her entire life. You may have to spend the rest of your own life atoning for it.

The other equally tough lesson is that very often evil is rewarded and good is punished, lies triumph over truth, and justice is not served. The laws of karma don’t seem to apply in this world.

However, there is a certain peace of mind in knowing that you’ve kept your code of honour, as best you can, even when others do not reciprocate. However to be told that you are 義理堅い(girigatai) or honorable, is a good feeling. It’s good to be trusted by some people. It’s empowering when people have faith in you.

It’s hard to say really what the toughest lesson is after all. There have been many of them. I guess the toughest lesson to learn is that in order to protect the people you care about, sometime you have to do awful things and make deals with people you don’t like very much. Sometimes, the enemy of our enemy is indeed our friend.

Q: What would you have done differently if you were given a chance to change your past?
A: I would have called Hamaya-san and talked with her. I would never have asked Helena to help out on the human trafficking study. I just wouldn’t have brought it up with her. There’s not much else I would change. I should have found a way to fix my marriage but I can’t really imagine it working out any other way. At least my kids don’t hate me and their mother is beginning to forgive me.

Q: Is life better for you now that you and your family have moved to the U.S?
A: Better in many ways but still most of my research and work is in Japan. I’d like to bring them back here but can’t afford to do it and with some unresolved issues with a certain ex-crime boss and the people that followed him—I don’t feel it’s safe to bring them back. I live a nomad like existence.

Q: How do you seek solace?
A: I meditate. I take care of Mochizuki-san and his family. I watch out for my friends. I help when asked and even before I’m asked and I work for the Polaris Project pro bono and I give what I can to the people in my life who need something.

Q: What’s your next book about?
A: The Last Yakuza: A lifetime in the Japanese underworld is the biography of one yakuza boss, who’s mother was American, and through his life, I hope to trace the rise and fall of the yakuza in Japan over the last thirty years.

Thank you for your time, Jake.