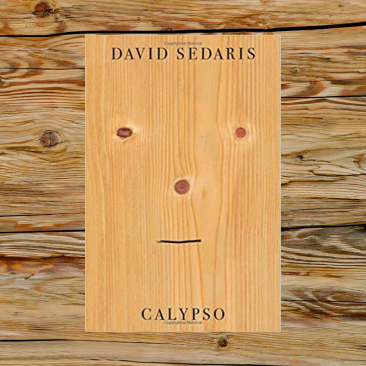 If you’ve ever laughed your way through David Sedaris’s cheerfully misanthropic stories, you might think you know what you’re getting with Calypso. You’d be wrong.

When he buys a beach house on the Carolina coast, Sedaris envisions long, relaxing vacations spent playing board games and lounging in the sun with those he loves most. And life at the Sea Section, as he names the vacation home, is exactly as idyllic as he imagined, except for one tiny, vexing realization: it’s impossible to take a vacation from yourself.

With Calypso, Sedaris sets his formidable powers of observation toward middle age and mortality. Make no mistake: these stories are very, very funny–it’s a book that can make you laugh ’til you snort, the way only family can. Sedaris’s powers of observation have never been sharper, and his ability to shock readers into laughter unparalleled. But much of the comedy here is born out of that vertiginous moment when your own body betrays you and you realize that the story of your life is made up of more past than future.

This is beach reading for people who detest beaches, required reading for those who loathe small talk and love a good tumor joke. Calypso is simultaneously Sedaris’s darkest and warmest book yet–and it just might be his very best.

This is my first of David Sedaris’ book and I believe won’t be my last. I thought this collection of stories was pretty entertaining and funny. How funny? For me, some of them were LOL-belly-laugh-till-the-hubs-asked-what’s-so-funny kinda funny. And I was told his previous collections were funnier. So I might give those a try. Maybe ‘Me Talk Pretty One Day’. Have you read it?

‘Calypso’ is a collection of 21 semi-autobiographical essays, mostly centered around Sedaris’ family and partner, Hugh. Handsome Hugh, I must add (I know he is. I Googled lol) And as we know, dysfunctional families make great drama, and great drama make great stories, and great stories paired with a proficient writer, make a great read. And this collection was for me, a great escape from the current reality I’m in – sleepless nights and endless breastfeeding while trying to tame a restless toddler.

This collection is frank, funny, and as his dad would say, fan-tastic! I love reading his relationship with Hugh. They’re both are as different as day and night, and they’re hilarious together! Hugh believes in ghosts and spirits while Sedaris doesn’t. Sedaris loves quirky, whacky outfits which Hugh finds ridiculous. And their bathroom taboos? I almost rolled off my bed laughing reading about it!

I absolutely love Sedaris’ self depracating humor and spontaneity in life. In the title story, Calypso, Sedaris recounted the day he decided to feed his tumor to a wild snapping turtle which he grew fond of, but his surgeon wouldn’t allow him to take his tumor home with him because it was against the law. All that changed when he met a lady in an audience at one of his events, who claimed to be a doctor and would be able to help him remove his tumor and allow him to take it home and do whatever he wanted with it. Taking matters into his own hands, he decided to follow her home and get the surgery done. When asked how did he know she was a doctor, he replied because she said so. I mean, who, in the right frame of mind, would do that – putting his whole trust into someone he just met?!! Mr. David Sedaris.

And I love his dad who is just as funny and sassy as him. In one of his essays, Lisa, his sister, recounted an incident when a black man exposed himself to her, and her dad who was driving, made a U-turn so they could see it again because ‘it was big’ he said, and that it was ‘an educational experience’! Lol I mean, whose dad would ever do that?? David Sedaris’.

“Happiness is harder to put into words. It’s also harder to source, much more mysterious than anger or sorrow, which come to me promptly, whenever I summon them, and remain long after I’ve begged them to leave.” That’s Sedaris for you – being able to juxtapose humor and deep thought all in one essay, while making the all-mundane-everyday life entertaining to the reader and having something to take away at the same time.

Have you read this book? What did you think of it? Are you a Sedaris fan? Or have you read something similar to this collection but isn’t a Sedaris? Please share with me your thoughts!

Till then, HAPPY READING! 😊