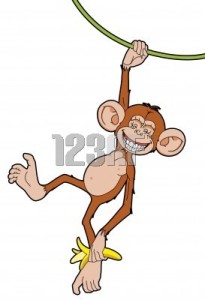 You wouldn’t believe what happened to me today. Yes, yes, I got lucky. But you don’t know the story haha So it goes like this.

As you know, I’ve not been feeling well, and this morning, I was feeling just as shitty (NO, NOT MORNING SICKNESS!), and for the past few days, I was running out of luck at work.

Anw, today, I intended to attend my hubby’s boss’ dinner, so I was supposed to dress quite appropriately. But because I was feeling so darn under the weather, I just grabbed a shirt hanging on the wall nearest to my wardrobe and my usual pair of jeans and left for work. And told my hubby that I don’t think I can make it to the dinner.

When I entered the office, my colleague checked with me about an event we were supposed to attend today, which I had totally forgotten. I told him I don’t think I can make it, coz I wasn’t feeling well. But somehow, towards the afternoon, and after lunch, I felt a little better (maybe it was due to the fact that I gulped one spoonful of organic raw honey before I left for work). So my colleague said, hey, why not just go and drop by for awhile. Moreover, maybe can get some goodie bags since the party was for some women’s products. So I thought, argh, what the heck. Few minutes won’t kill. And thank goodness I RSVP-ed also lah.

When we were there, we were given this huge paper bag, but wasn’t filled with goodies. Disappointed! Almost wanted to go back liao haha Then they said, got games, can win prizes! I thought, aiyah, since we were there already, juz play the games lah. the games were quite fun, everyone won a little something. then they had some treasure hunt, but we didn’t get to participate coz we were too ‘slow’ in grabbing those little furry hairbands.

So anw, the event proceeded with some gifts given away to the treasure hunters lah…most kissable lips lah…most voluptuous lips lah and one more can’t remember. No, I didn’t win any. I think they were given to other editors from more ‘prestigious’ magazines, it hardly seemed to me they were ‘fairly’ judged (yea me sore loser :P)

Then there was lucky draw. Since it felt like a long wait, I wanted to tell my colleague to leave early since I never had luck in lucky draws. NEVER EVER. But before I could even say it, they announced my name as THE FIRST PRIZE WINNER!!! I almost didnt believe it. (Also because they pronounced my name wrongly :P) For the very first time, I WAS FIRST! hahaha

P/S I made it to my hubby’s boss’ dinner too despite ‘under-dressing’ Well…since it was a 5* hotel, and I was feeling better, and won FIRST PRIZE FIRST TIME, NOTHING ELSE MATTERS! The last thing to do to end the day is to indulge in some really good food haha 😛