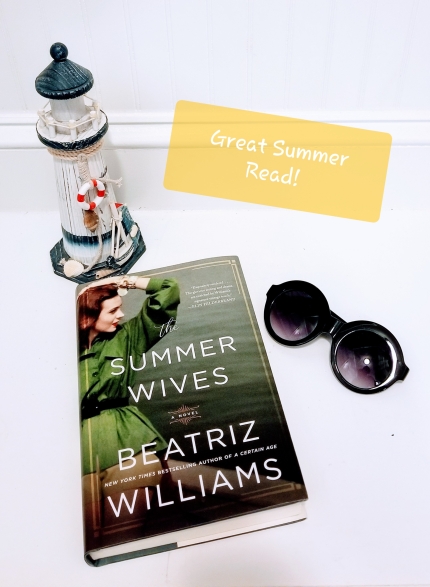 The story switched back and forth between 1930’s and late 50’s – 60’s revolving around two ‘clans’ – The Islanders who were the inhabitants on Winthrop Island, and the ‘Families’, the summer vacationers on the island.

Summer of 1969, Miranda Schuyler, returned to the island from London. On the surface, it seemed nothing much had happened, except for the fact that Joseph Vargas, her former lover, had escaped the prison he was incarcerated 18 years earlier for the murder of Miranda’s stepfather, Hugh Fisher, one of the island’s most renowned member of the Families.

Why did Joseph Vargas, Miranda’s former lover, kill her stepdad? Or was he wrongly accused? Miranda was the only one who believed in his innocence, but she seemed to have no solid evidence. Or was she just hiding what she knew to protect him?

And Miranda’s return to the island after all those years, had everyone questioning, why was she back? She had no reason to be back, except maybe, she knew where Joseph was? And why did Joseph escape? How?

Williams took her time leading her reader to the answers…

The story had some amazing multi-faceted characters that were gradually peeled, layer by layer. I especially loved Miranda’s stepsister, Isobel (Izzy) and stepbrother, Hugh Fisher. They were outspoken, spontaneous, street-smart, and oh…such dreamers! There were also other intriguing characters that added mystery to the whole cast such as Mrs. Medeiro and of course, Bianca. They had such a quiet yet lingering presence that you couldn’t help but wonder, why are they in the story? What are they not revealing, YET?

What didn’t quite work for me:

What weakened the story though, for me personally, were the number of characters that reappeared whenever the time frames switched. I had to reread some of its previous pages to recall their background stories. Adding on to that, there were two Hughs in the story, Miranda’s stepfather and stepbrother. A glossary of these characters would’ve helped the flow of the story. Well, for me, at least.

Somewhere in the middle, I found the plot slowed down, almost to a drag…But I’m glad I plowed through because the pace picked up towards the end, and it was all worth it.

And the ending….ahhhhh….so nicely wrapped! I liked how Williams ended it…with that one powerful sentence!

All in all, it was a great summer read for me.

Best place to read: At the beach

Best time: When all’s quiet and still, and all you can hear is the sound of the waves…

Best drink: Frozen lemonade (with an umbrella thingy) or coconut juice, in a real coconut of course! (I’m allergic to alcohol boohoo)

I’m going to end this review with one of my favorite quotes of all time, which was also quoted in The Handmaid’s Tale:

“Don’t let the bastards get you down”,